Advances in Mathematics for Technology

First study the science,
and then practice the art which is born of that science.

The conference represents the inaugural event of the Interdipartimental Center of Mathematics for Technology (CIMAT), dedicated to the mathematical physicist Angelo Marcello Anile who early passed away ten years ago and who created a group of applied mathematics at the University of Catania.

The aim of the conference is to bring together scientists worldwide well recognized in the field of applied mathematics and whose activity is concerned with problems of high relevance for technology. Several topics will be covered: modeling, analysis, simulations and optimization of particles, charge and phonon transport, continuum media, thermal effects, complex systems. The interdisciplinary characteristic is the main feature of the conference.

The event includes the award ceremony of the Anile Prize for Master Thesis in Mathematics promoted by Associazione “A.M. Anile”. 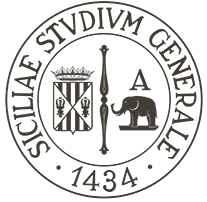 Department of Mathematics
and Computer Science